The 4-wire system was developed around the 1990s by a Swiss developer for the electronic safe locks from La Gard. The system is named after the 4-core cable that leads from the entry unit outside through a hole to the lock inside the safe. However, the entire structure of the (analog) electronics for transferring the input of a user from the keyboard to the lock is called “4-wire system”. Since every single contact of a connector is a potential problem with safes (due to vibration, corrosion, metal dust), this solution has obvious advantages. At the same time, of course, such a cable is also less expensive. 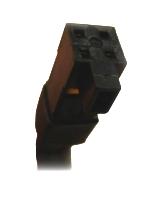 Previously, La Gard had an 8-pin system with Western plugs that were much too big for the spindle/cable hole in the safe door. For this reason, the plug had to be cut from the cable during installation, and a new plug had to be crimped on after passing the cable through the hole. Today these connectors are still being used for instance on patch cables for network connections.

NL Lock and other lock manufacturers later took over the 4-wire system. This means, for example, that most La Gard locks can be operated with NL Lock keyboards and vice versa. However, neither manufacturer gives a guarantee in this case. To the contrary of La Gard, was NL Lock giving licenses to other manufacturers including Tecnosicurezza, Intergard, Wittkopp, and M-Locks. The keyboards of these manufacturers, together with NL lock locks, were often even VdS certified. In our webshop we have a large selection of 4-wire keyboards and locks from different manufacturers. 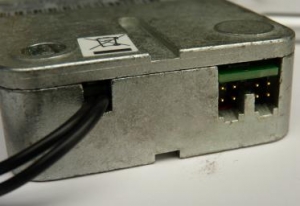 We and our partners are using technologies like Cookies or Targeting and process personal data like the IP-address or browser information in order to personalize the advertising that you see. This helps us to show you more relevant ads and improves your internet experience. We also use it in order to measure results or align our website content. Because we value your privacy, we are herewith asking for your permission to use this technologies. You can always change/withdraw your consent later by clicking on the settings button on the right lower corner of the page.

We may request cookies to be set on your device. We use cookies to let us know when you visit our websites, how you interact with us, to enrich your user experience, and to customize your relationship with our website.

Click on the different category headings to find out more. You can also change some of your preferences. Note that blocking some types of cookies may impact your experience on our websites and the services we are able to offer.

These cookies are strictly necessary to provide you with services available through our website and to use some of its features.

Because these cookies are strictly necessary to deliver the website, you cannot refuse them without impacting how our site functions. You can block or delete them by changing your browser settings and force blocking all cookies on this website.

These cookies collect information that is used either in aggregate form to help us understand how our website is being used or how effective our marketing campaigns are, or to help us customize our website and application for you in order to enhance your experience.

If you do not want that we track your visist to our site you can disable tracking in your browser here:

We also use different external services like Google Webfonts, Google Maps and external Video providers. Since these providers may collect personal data like your IP address we allow you to block them here. Please be aware that this might heavily reduce the functionality and appearance of our site. Changes will take effect once you reload the page.